Disruption in a New Age of Warfare

I’d tweeted this article from The Economist when it was first published. It shows disruption perfectly—both in the upmarket trajectory of weapons (see Disruptive Market Entry) and in the asymmetry of motivations—we’re trying to stop killing and protect civilians, they don’t distinguish between combatants and non-combatants, and they’re going to keep it going until they get their way. 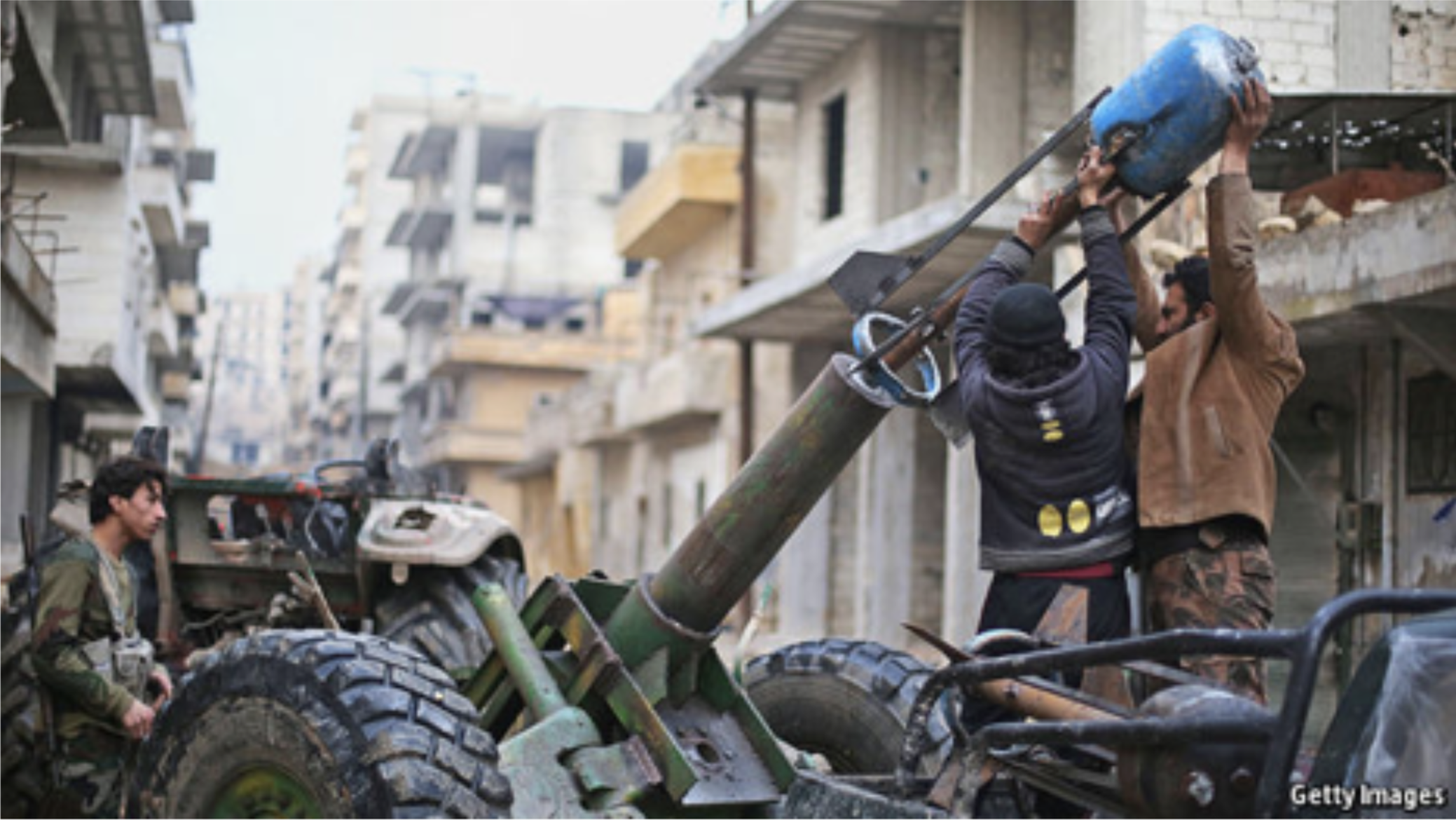 This is a photo of smart munitions built from what looks to be a two-wheeled trailer for agriculture, a propane tank, and some other spare parts. Early on, the rebels were delivering rudimentary and smaller yield indirect fire—basically molotov cocktails fired by slingshots. In fact, at that point direct fire from individually armed rebels were the most common and effective choice. But then they moved their artillery capabilities “upmarket” to improved yields, delivered from a greater with more precision.

Finally, this very mobile unit uses Google Maps and GPS data to target not only a specific location, but the point at which—say dropping down through several floors in a building—to detonate for maximum damage from as far as a mile away. Finding these mobile units after they’ve struck, but before they’re good and hidden, just won’t work. And the future is even scarier—with the increasing simplicity of creating biological agents, metal-free mines, etc.

This is classic disruption: off-the-shelf technologies configured in a way that gets a job done as well as (and sometimes better than) expensively developed systems that do everything and nothing (think: F-35 Joint Strike Fighter). 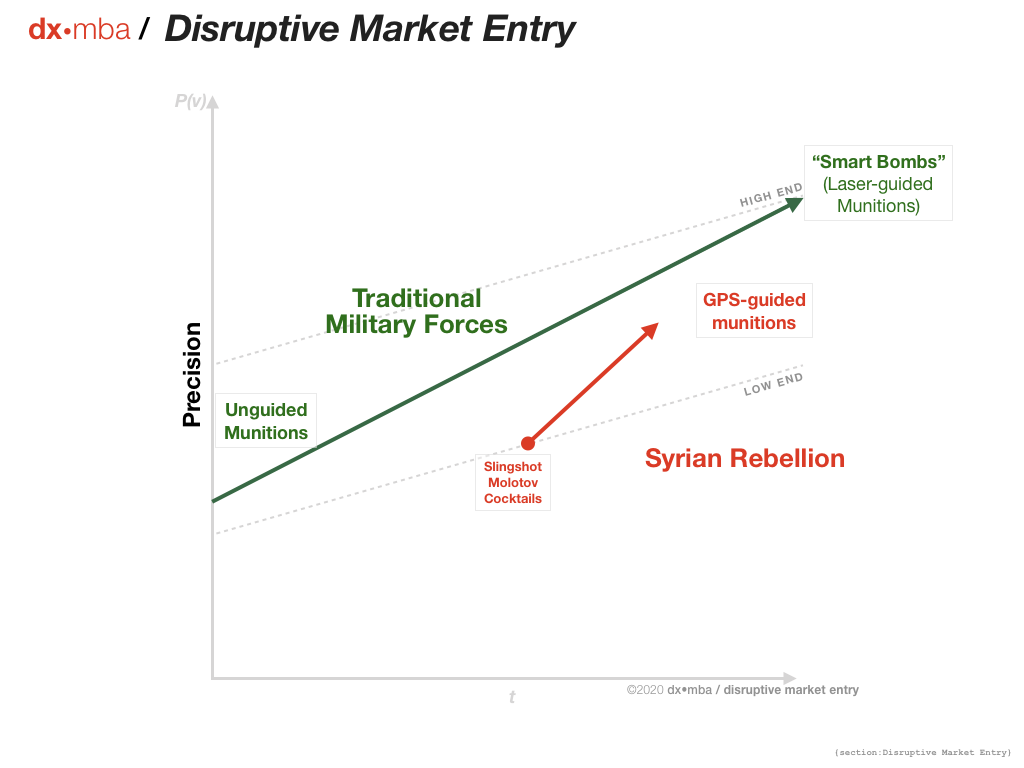 Disruptive Market Entry as applied to a market of weapons

To complicate matters, often our defense and intelligence agencies are “fighting the last war.” That is, we are learning the lessons that would have served us well in our last conflict. Remember, disruption is a theory of competitive response. Our tendency to look back is good, but real disruption happens only when a firm creates a new business model—yes, I’m using business model in the context of warfare, but as a technical term, with a rigorous definition—by changing its process, priorities, and value proposition.

In my next entry on this issue, I will show how the US is attempting to address innovation by our enemies, as well as how the technique can be profitably used in a business context.

This article was originally posted in the Christensen Institute Blog

Disruption in a New Age of Warfare and our other posts are constructed based on the principles we teach in our live, online Innovation Science Bootcamp.